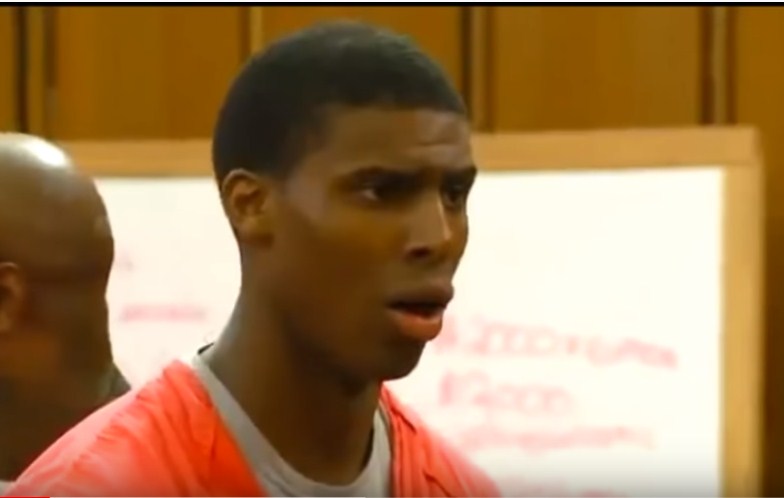 Towering at 6 feet 7 inches and chased by a plethora of Division 1 schools, Tony Farmer is an NBA star in the making. Until a moment of uncontrolled rage changed his life forever.

At Garfield Heights High School, Tony Farmer is a basketball hero. As the team’s forward player, he proved to be a great asset. His built and talent led the team to the Division 1 Ohio State Playoffs semi-finals. That same season, they bagged the second team All-Ohio recognition in Division 1 with him scoring an average of 20.4 points per game.

With this impressive finish, it’s no wonder that he earned the status of a 4-star recruit. He also earned a spot on the list of Top 100 high school players in the country. A lot of Division 1 schools and some Big Ten programs are also eyeing him for their team.

He was just 18 years old at this time, yet its already clear that his destiny is in the big leagues. That is until he beat the daylights out of his now ex-girlfriend. Then made it worse by threatening her to withdraw the charges.

On April 23, 2012, a CCTV video caught Tony Farmer assaulting his girlfriend at that time Andrea Lane. She was about to leave her apartment when Farmer confronted her. The two argued, and Farmer can be seen hitting her on the head.

Lane, desperate to get away from him, was backed in a corner. Despite that, he continued to assault her and even took her cellphone, laptop, bank card, and car keys.

Neighbors heard the fighting and called for the police. Farmer, who immediately left the premises, was arrested soon after. He was charged with robbery and assault. He’s also facing kidnapping charges because he is said to have restrained her liberty to terrorize or inflict serious physical harm.

He was able to post a $10,000 bond but then went on to threaten his girlfriend to withdraw the charges against him. This unthought-of act would prove to be his undoing.

Before the assault, Tony Farmer was famous for his basketball talent. The trial made him a lot more famous but for a different reason altogether.

When the judge was reading his sentence, Farmer was incredulous. He even turned to his lawyer and mouthed “3 years?”. Judge Pamela Barker just sentenced him to three years of jail time with probation. But before she could even read the entire sentence, Farmer fell unconscious and collapsed on the floor.

Unfortunately for him, this was all caught in the courtroom camera. The moment he fell on the floor was shared and reshared all over the internet. Just like that, he became the internet’s latest meme. After all, it’s not every day you see a giant of a man wearing a detainee’s orange uniform collapse on the courtroom floor.

We don’t know much about Tony Farmer’s stint in prison. Except for this one time where he is said to have turned to Twitter to ask family, friends, and fans to send him letters in jail. (Learn about how you can send jail mail postcards for only $0.52)

But it seems that he made some realizations while inside and decided to turn his life around. Just two months after he got out in 2015, he signed up to play basketball at Lincoln College in Illinois. But the college denied him admission saying that it was an institutional decision based on various factors.

Following the rejection, Farmer went on to play for Lee College in Texas. Eager to prove his worth this time around, his freshman year was a definite success. In all 31 games he played, Farmer managed to average 16.7 points and 8.7 rebounds.

The next season saw him up these numbers by a couple more. It seems clear that he has no plans of slowing down. By the end of the season, he turned pro and signed up for the 2017 NBA draft. Unfortunately, he got undrafted later on. This rejection would only fuel his determination. He is now playing for the Yakima SunKings at the North American Premier Basketball (NAPB).

Apart from playing professional basketball, Farmer is also inspiring young athletes around the country. He is currently doing talks where he shares his learnings from everything that he’s been through.

During his talk at a pledging ceremony of high school athletes against sexual assault and violence, Farmer talked about what he learned from his own experience. He advised everyone to learn from his mistakes and to think before they act.

He may have made a grave error in judgment, but Farmer’s story tells us that anyone can turn their fate around if they do so desire.